How to Use QR Codes During Their Comeback

QR codes are almost 30 years old, but they’re only recently enjoying a renaissance. For years, they were inconvenient and confusing, seen as a less-useful form of bar code. As recently as 2015, TechCrunch referred to QR codes as a “laughing stock” and “a frustrating symbol of over-engineering,” complaining that the codes were difficult to read and unnecessarily more complicated than just typing a URL.

Part of the problem was technology: though it’s easy to create a QR code, reading one requires a phone with a decent camera and the software to recognize it. It wasn’t until 2017 that iOS added native QR reading to its camera app — an app using more advanced camera hardware. Now, QR codes have become commonplace in virtually every industry. Here’s how it happened and what you can do about it.

The complexity of a QR code also means that there are a practically infinite number of possible permutations — everyone on earth can assign a unique QR code to every photo, link, and product ever created, and we’ll never run out. 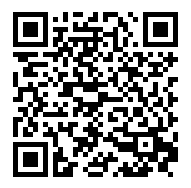 When you point your phone at a QR code, the three large squares act as anchors to tell the software how the code is oriented and which colors are light and dark. The rest of the small squares contain the pertinent information itself.

Why QR Codes Are Coming Back

QR codes used to be much harder to use, as we mentioned before. Users needed a camera phone with a high enough resolution and enough computing power to read the code in the first place. In addition, mobile browsing was far too slow and stunted to be useful — even if your phone could read a code, it would take so long to load the link that it was hardly worth the effort. Now, phones are powerful pocket-sized computers. A typical smartphone can open a camera app, see a QR code, scan it automatically, and open the link or run the code in mere seconds.

More recently, QR codes got a significant boost during the 2020 coronavirus pandemic. When people became concerned about handling pieces of paper that other people had touched, they could use QR codes to load the information on their phones instead. Since people have their phones on them essentially at all times and they rarely change hands, QR codes were the perfect way to distribute menus, informational fliers, bus schedules, and anything else without coming in close contact.

Today, QR codes are incredibly easy to create and distribute. They don’t require any special tools (free QR codes are ubiquitous online) and they can generate vector files that can be printed as large as you want. People have made QR codes out of almost anything like wood and cross-stitched pillows. For example, in a recent Jagermeister commercial, the ad’s main character has a QR code tattooed on his back – a code that is indeed scannable when you point your phone at the television. These codes essentially offer the convenience of clicking a link on a web page, but they can be anywhere in the physical world!

How to Use QR Codes

QR codes offer significant advantages over printed links or flyers. You control the link itself, which means you can change it as often as you want. This is especially useful for restaurants with menus that change often or companies that install QR codes in out-of-home locations that are difficult to replace. If you want the code to direct users to a new location, you can simply change it at the back end with no extra effort on the part of your users.

You can also track traffic, browsing, and other analytics with extreme precision. With no limit to the number of codes you can create, you can assign UTM parameters to each code and track the usage of each one. If you wanted, you could put a unique menu code on each table of a restaurant and track which tables are used the most. Some companies even put a unique code on every single product they ship out to help users set them up.

What You Can Do With QR Codes

Since QR codes can be put anywhere and contain such a relatively large amount of information, there’s practically no limit to the number of applications. Some common uses include:

Don’t Call It a Comeback

Despite their relative obscurity in the U.S., QR codes never really faded in popularity in Asian markets. Chinese and Japanese customers have been using them for decades, and Americans are finally following suit. From shopping to advertising to nutrition labels to education, QR codes are finally becoming mainstream. Don’t miss out.

Here When You Need Us

Have questions? Looking for more expertise? Ready to take the next step?
Contact Us